As the world’s economies crawl out from under the shadow of the pandemic, no one has been able to escape supply chain issues, inflationary pressure, and the repercussions of geological conflict. And that includes the UK market.

This litany of bad news is just a small sample of the factors wreaking havoc with the EU supply chain and the UK market. Congestion at the ports in northern Europe – and at neighboring railroad and trucking junctions — has only gotten worse since mid-February, according to Flexport, a San Francisco-based freight forwarding and customs brokerage company.

Things aren’t any better in the UK market. The Lloyds Bank UK Recovery Tracker reports that skyrocketing commodity prices and shrinking supplies have depressed food and beverage production to an eight-month low. Even worse, half of UK food and beverage makers said they’d raised prices over the last 30 days.

Naturally, these ongoing cost and shipping issues have forced many manufacturers to consider their alternatives. Some have pursued reformulation to incorporate better-priced or more readily available ingredients, while others have started looking at re-shoring. According to research from BCI Global, more than “60% of European and US manufacturing companies expect the next three years to onshore or re-shore part of their Asia production,” according to research from BCI Global. In addition, roughly half of the European manufacturers BCI surveyed planned to move production to Germany, the Netherlands, or Belgium.

“The research results clearly show that re-shoring is a hot topic on the agenda in the board rooms of international companies,” Patrick Haex, BCI Global’s managing partner of global supply chain solutions, explained. “The many supply chain disruptions in the last years with Covid-19, lack of products and components, and skyrocketing ocean freight rates force companies to reconsider their manufacturing footprint. Sixty percent of the companies expect the next three years to move part of their China and Asia production back to Europe or the US. Agility and flexibility are now the key drivers for the value chain set-up, at the expense of lowest cost solutions.”

These global disruptions are exactly why we’ve built the first CPG Networked Ingredients Marketplace, an ecosystem where manufacturers and suppliers can work collaboratively with all the information they need. With TraceGains, brands can become more agile, circumvent risk, and outsmart the competition.

How to Overcome Supply Chain Disruption

The supply chain features countless moving parts. Any minor supply chain disruption can threaten the entire system. Any shifts that harm any aspect of the supp… It’s easy to forget about the fundamental building blocks of every food, beverage, and dietary supplement: the ingredient. 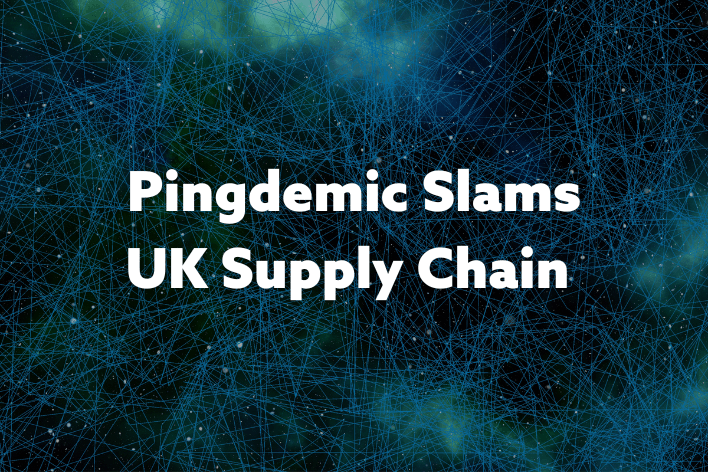 For the foreseeable future, U.K. manufacturers must do more with less. One way to accomplish that is by digitizing their document management systems.